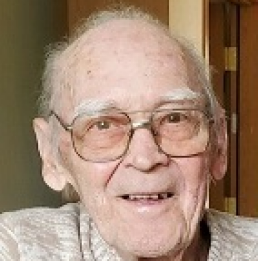 He was born on June 20, 1932, in the German village of Einsiedel in Slovakia, to the late Ludwig and Anna (Altznauer) Kawetschanky. He was one of seven children. During World War ll in 1944, as the Russian Army advanced, the family being ethnic Germans, had to evacuate and fled west as refugees to Schruns, Austria. With chaos in Europe after the war, the family was finally allowed to emigrate to the United States in 1952. The family arrived in the U.S. via New Orleans and, due to Lutheran sponsors, settled in Janesville, WI. Walter joined the US Army at the age of 21, making him the first US citizen of his family. He was hoping to see and learn more of the USA but was stationed in Germany instead. He received an honorable discharge from the Army in 1955 and returned to Janesville, Wis., where he was introduced to his future wife, Lydia Pfeifer, by mutual friends. Walter and Lydia “Dea” married on May 25, 1958, and enjoyed 59 wonderful years together until her passing in 2017. While living their lives in Janesville, Wis., they brought two amazing children into this world, Jane and Steven. Walter was always good at working with his hands doing carpentry, woodworking, or helping to build a house or put on a roof. He worked at Ossit Church Furniture for a brief period and then started work at the General Motors plant until his retirement in 1991. Upon retirement, he and Lydia moved to Bradenton, Fla., where they spent many happy years. Eventually, they moved back to Janesville in 2006 after several bad hurricane seasons and then onto Norway, Mich., in 2015. While in retirement, Walter (Opa) spent many happy hours entertaining and enjoying time with his grandkids. Sharing his ice cream, long walks in the woods, camping, or time at the beach brought smiles to everyone. Walter always loved nature, whether in person, in magazines, or just watching all the nature and wildlife shows on TV. He also enjoyed playing cards with friends and family whenever possible. Dominos and Yahtzee were also some of his favorites. He always found time to build a much-needed end table or entertainment stand for his family.

Walter is survived by his two children, Jane (Scott) Volkers of Winterville, NC, and Steven (Clementine) Kawetschanky of Niagara, WI; and grandchildren Tiffany and Lauren Volkers and Ian and Zak Kawetschanky. He is also survived by his sisters Wima ”Mimi” Bots, and Magda Nelson; and many nieces and nephews.

The poker game is getting bigger. When mom got sick, all dad wanted to do was be by her side. Now he is again. Mom and dad’s ashes will be spread by the immediate family.

The family would like to give a heartfelt thank you to the amazing and caring staff “Angels” at Evergreen Meadows Memory Care Unit. They went above and beyond in taking care of our dad and Opa. Thank You! Also, a thank you to North Woods Hospice that made dad comfortable in his last days.

If you would like, make a donation in Walter’s name to your favorite charity. In remembrance of our dad and Opa, please have a shot of Jagermeister and a beer. It's these simple things in life that make life worth living.

Friends may leave condolences and tributes to Walter’s family online at www.jacobsfuneralhomes.com.