To share your memory on the wall of Dorothy Edens, sign in using one of the following options:

Provide comfort for the family by sending flowers or planting a tree in memory of Dorothy Edens.

Provide comfort for the family of Dorothy Edens with a meaningful gesture of sympathy.

Kingsford- Dorothy Catherine Edens, 96, of Kingsford, Mich., passed away Thursday, November 12, 2020, at Evergreen Assisted Living, Kingsford, Mich., with her family by her side. Her death was not Covid related.

She was born July 10, 1... Read More
Kingsford- Dorothy Catherine Edens, 96, of Kingsford, Mich., passed away Thursday, November 12, 2020, at Evergreen Assisted Living, Kingsford, Mich., with her family by her side. Her death was not Covid related.

She was born July 10, 1924, in Iron Mountain, Mich., daughter of the late Louis and Margaret (Formolo) Marchetti. Dorothy grew up on the Northside of Iron Mountain and was a graduate of Iron Mountain High School, class of 1942. After graduation Dorothy worked at Montgomery Wards for a few years. She married Donald Everette Edens on April 2, 1945, at Immaculate Conception Catholic Church, Iron Mountain and was blessed with a marriage union of 73 years. He preceded her in death on November 19, 2018. In 1969 she returned to work in the Breitung Township School in the food service department as a baker, retiring in 1987. Dorothy, along with her husband Don, were avid Flivver Fans. They enjoyed many school activities, including athletics, music, and academics. The Breitung Township School presented them with the first Flivver of the Year Award. Dorothy was an active member of American Martyrs Catholic Church, Kingsford, and the Daughters of Isabella. She was a founding member of the Dickinson County Cancer Loan Closet.

Dorothy enjoyed cooking, baking, and spending time with her family and numerous friends. She will be forever known for her cinnamon rolls and the aroma as people would walk into her home.

A special thank you to her loving “angels” in the memory care unit at Evergreen Assisted Living. We will be forever grateful for the wonderful love, care and time you gave to our mom and her family.

You may leave a condolence or tribute for Dorothy’s family online at www.JacobsFuneralHomes.com.

The family has chosen the Jacobs Funeral Home and Cremation Services, Iron Mountain, Mich., to honor Dorothy’s legacy of life.

To send flowers to the family or plant a tree in memory of Dorothy Catherine Edens (Marchetti), please visit our Heartfelt Sympathies Store.
Read Less

Receive notifications about information and event scheduling for Dorothy 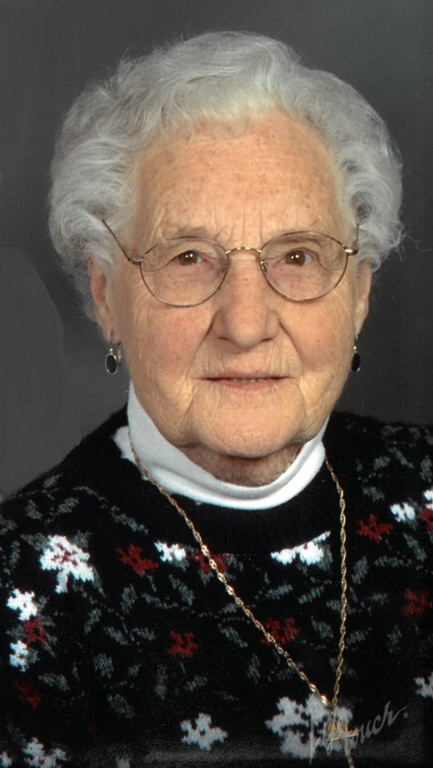 We encourage you to share any memorable photos or stories about Dorothy. All tributes placed on and purchased through this memorial website will remain on in perpetuity for generations.

I knew Dorothy for years as my Mom, Ruth Weber, was also involved with the Dickinson County Cancer Loan Closet and lived at Evergreen since 2005 up until last year. Dorothy was always a pleasure and I was so very happy to have known her and to see Mom enjoy her company there. So many great memories of a wonderful caring person who was really a joy to be around.
Comment | Share Posted Nov 19, 2020 at 08:53pm via Condolence
DE

To the Edens Families, Uncle Don & Aunt Dorothy were the Greatest. Always looked forward to that 1st weekend in August, Our family reunions. We had great times visiting with all of you. The best were when we were invited to Iron Mountain for the reunion. Could not wait to give them a big hug. And the cinnamon rolls on Sunday morning. The best their ever was. They will both be in our hearts forever. The best part is they are together again. Love all of you.
Comment | Share Posted Nov 18, 2020 at 03:28am via Condolence
JW

To all the Edens Family - I am so sorry for the loss of your Mom. I very much enjoyed the time spent with her at Evergreen Memory Care! Such a sweet lady with an always ready smile. I know my Mom, Betty Miller, will miss her very much. I’m certain the angels took your Mom right to heaven. Love , Jean Wortock
Comment | Share Posted Nov 17, 2020 at 08:23am via Condolence
SM

Bill, LuAnn & Families,
So sorry for your loss. Moms are a special gift and although I didn’t know your Mom, I know you Bill and what a good person you are. This is a reflection of your parents. May God comfort you all and give you peace at this difficult time.
Love, Sandy & Jim Meier
Comment | Share Posted Nov 17, 2020 at 08:14am via Condolence
DS